Halfway between the shirt and the T-shirt, inter-generational, unisex, and today available in all colours, the polo shirt is one of the great classics of our wardrobes. Its elegant cut and sleek design give the wearer a natural presence, much appreciated by preppy aristocrats, but not only. Chic clothing, long associated with the upper class, come, and discover here, the hidden side of the history of polo. 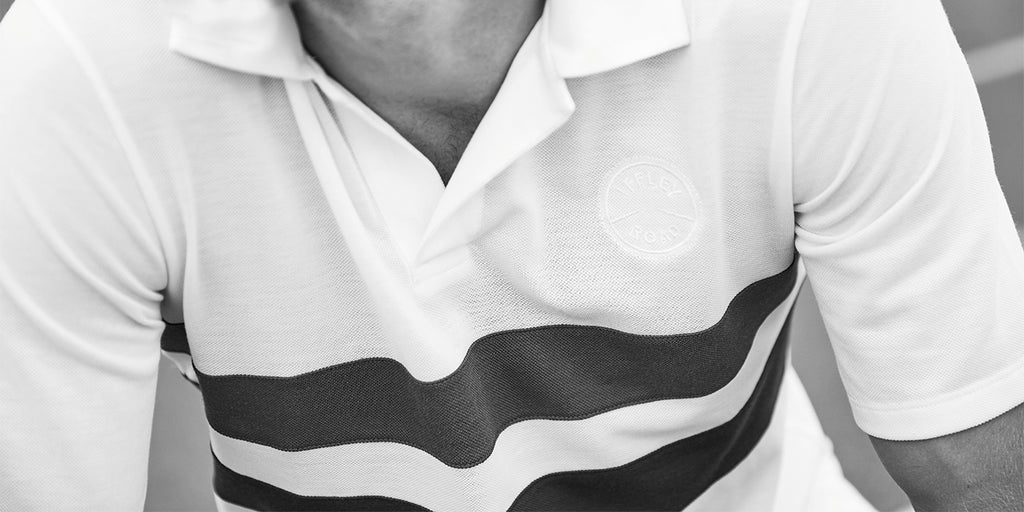 THE HISTORY OF POLO: ONCE UPON A TIME IN INDIA…

The history of the famous shirt is closely linked to the equestrian sport of the same name. Even today, polo is a sport often reserved for high society, aristocracy and even royalty. However, according to historians, polo originated in Central Asia over 2,500 years ago.

With the arrival of the English on the Indian territory, the sport took another dimension. It is in the province of Manipur, in the north-east of India that the British were initiated. In the 19th century, a real craze for this game appeared. Teams were formed, tournaments were organized, and this was the beginning of polo as we know it today. Joseph Sherer, a lieutenant attached to the Bengal army, fascinated by this discipline, decided to make it one of the leading sports of the British Empire.

The sleeves of the polo shirts are sometimes long and for practical reasons, often folded up to the elbow. But this uniform, classy and distinguished, is neither comfortable nor practical. Moreover, when the horse gallops away, the collar beats up on the players’ faces. Tired of being hit by a shirt and embarrassed in their practice, the polo players ask the tailor to do something. The solution was simple, but it was worth thinking about: fasten the collar with a button. And there you have it, no more flapping collars!

John Brooks, the grandson of the founder of Brooks Brothers (a famous American clothing brand), attended a polo match in London, found the idea brilliant and brought it back in his luggage. In 1896, Brooks Brothers marketed the first “Button down” shirt or “original polo shirt” in the United States.

But what does this have to do with the polo shirt we all know today? That’s what we’re going to find out now.

JEAN RENÉ LACOSTE: A NEW INTERPRETATION OF THE POLO SHIRT

To do this, we must take a leap in time. Let’s put aside the equestrian sport, royalty and the cup of tea to go for a little ride in France in the 1920s. But let’s stay with the elite sports: tennis. At the time, this sport was also reserved for the aristocracy. Moreover, there was no question of arriving on the clay court in flip-flops and socks! The racket had to be worn with class. A very specific dress code was imposed on the players: flannel pants and long-sleeved cotton shirt.

Jean René Lacoste, a promising tennis player of the time, could no longer sweat in his big shirt. He is the first to highlight the discomfort of the imposed clothes. But there was no question of giving up elegance and style. Inspired by London polo players’ outfits, he created a short-sleeved shirt with a shortened buttonhole and a longer back panel for better fit with pants. But the real innovation lies in the fabric used; piqué cotton.

Imported from abroad, it is stronger, more comfortable, and lighter than traditional cotton. A shirt with a collar that can be turned up to avoid sunburn on the back of the neck, a more absorbent fabric and a cut that facilitates movement, what more could you ask for! When Jean René took the court at the US Open in 1926, his short-sleeved polo was a hit. A year later, the Lacoste L. 12.12 polo shirt, with its famous crocodile, was launched, attracting the interest of not only tennis players, but also polo players.

Seeing the success of his shirts, René Lacoste jumps on the opportunity in 1933 to launch a larger scale marketing. To do this, he approached a friend who was a knitwear manufacturer named André Gillier. The Lacoste shirt was born with a model similar to the one worn by the player and decorated with a crocodile. It is considered the first advertising product worn by sportsmen to date! Very quickly, the success takes and the usage wants that from the years 1940, the tennis players themselves call their shirt “polo” although they used it well before the polo players.

The polo shirt having become a reference garment among sportsmen, René Lacoste had the brilliant idea of enlarging its range of colours in order to offer a product that would attract a wider public. In the early 1950s, he exported his brand across the Atlantic, in an America in full economic boom, and marketed his polo as the “symbol of the accomplished sportsman”.

The wearer thus had a special social status and the polo shirt was sold in high-end stores at the prohibitive price of 8 dollars! Now part of the everyday wardrobe of (rich) men, the Lacoste polo shirt is even worn by the most important men in the world, including U.S. President Dwight Eisenhower, who chooses to wear a Lacoste polo shirt when he plays golf. The popularity of the Lacoste shirt soared, and competitors soon appeared.

GREAT PLACES WHERE YOU CAN PURCHASE POLO SHIRT

Iconic One Theme | Powered by Wordpress